Mary serves as a Wedding Chaplain allowing her to serve ALL couples to honor their various faiths and beliefs and even non belief. Her goal and passion is to work with each couple to make their ceremony a true reflection of who they are without judgment and without spiritual or religious agenda. Chaplain Mary is very active with the Wedding Ministry and participates in all facets; Formal Weddings, Elopements and Vow Renewals in San Diego and Temecula Wine Country.

Vows From The Heart has performed over 4,000 ceremonies!

Chaplain Mary is happily married to her best friend and business partner Christopher, also a Wedding Chaplain. They are focused on making your Ceremony everything it should be without the high costs associated with other ceremony Officiant services in the area. Blessed by their calling in life, their excitement in Marriage and being a couple in Love shows in every ceremony they present. Upbeat, happy and joyful are just a few words to describe the type of ceremony they are part of. Whether a civil type ceremony, spiritual or religious, the focus on on their couples without any judgement or personal agenda.

Understanding the Ceremony AND the Reception

Outside the walls of a church, a couple’s wedding day seems to be just one BIG event. It’s Not! The Ceremony and the Reception need to be looked upon as two entirely different and separate elements of your big day. You need someone that understands the ceremony, all the elements and someone that can handle all the “Oops” and “Uh-Oh’s” that can… and will happen on your big day! Chaplain Mary’s goal is to make the ceremony a direct reflection of the two of you, who you really are. Not what you think has to happen but, what you want to happen. She is very proud to perform an upbeat yet personal ceremony that segues right into the excitement and fun of your reception!

Chaplain Mary is a Wedding Chaplains that wants to exceed your expectations of a Wedding Officiant.

Chaplain Mary is 100% devoted to her craft and to her couples in search for celebrant to preside over their wedding ceremony outside the walls of the Church with professionalism and most importantly, without personal judgment. What is her style? In recent reviews the most common words used by Brides and Grooms to describe her are: Fun, Personal, Fun, Warm, Fun, Professional, Fun, Romantic, do you notice a theme here. Simply visit the “Reviews” page and read for yourself, direct from the Brides and Grooms themselves. ~ Just in case you’re curious about what I do as an “Independent Wedding Chaplain”. My husband Christopher and I own and operate a wedding ceremony service/outreach. (He and) I officiate weddings, elopements and vow renewals for all types of couples who want to be married but:

1. Have no religious background ~ do not wish to be married in a church, temple, synagogue, mosque, etc., etc.
2. Are of differing faiths so their religious leaders will not perform services for them.
3. Have a spiritual or religious background and wish to incorporate some of those elements in their wedding, but not all of them.
4. Are same gender couples who would like to incorporate some of their personal religious heritage or traditions in their wedding ceremony.

So, you may be wondering how do I reconcile my beliefs and my own personal convictions with this service?

FIRST, (and I’m speaking just for myself from here on out…although my husband and I are very closely aligned in our outlook):
~ I view marriage as a very IMPORTANT Civil Right. I don’t view it as trivial, or inconsequential. While it is also (very rightfully and respectfully) considered a holy sacrament within almost every religion, it is also a license that is issued, overseen and presided over by a secular government. For that reason I am convinced it is a right that should be available to every law-abiding, tax paying, responsible adult citizen of free will regardless of their religious convictions (or lack thereof), ethnicity, race, or gender.

In a “nut-shell” ~ there is nothing I’ve ever learned or read about the unconditional love & redemption of Jesus, or anything exemplified in His Life or His mission that leads me to believe that I have a responsibility to wage a secular war against the civil liberties of any segment of society ~ even if their lives & ideologies don’t align with my own.

Jesus gave His followers specific instructions at the Sermon on the Mount about how to live a Christian life in a secular world. According to the occupying Roman govt., any citizen could be compelled to carry the armor of a pagan Roman soldier for up to a mile. Jesus told His followers to carry it 2 miles (Matt. 5:38-42). NOW, Romans in first century Jerusalem were as evil, unclean and unholy as anyone could get in the eyes of first century Christians. Jesus knew those same Roman soldiers would soon hang Him on a cross and later march His followers to be devoured by lions. BUT, He told them to go the extra mile as a demonstration of God’s love.

So okay, you can find passages in Paul’s letters to the early churches that refer you back to Old Testament laws requiring believers to abstain from certain sinful behaviors including fornication, idolatry, adultery and inhospitality, all in the very same context as homosexuality and divorce.

But, in the same epistles (let’s just look to I Corinthians for these below) you will find that Paul also makes alot of other statements/assertions including these:

• Even in the first century, some early churches were incorrectly worshipping Paul himself rather than Christ (I Cor. 1: 12-14) This leads me to believe that even the most devout Christians can sometimes misinterpret the intent of bible. If first century Christians made misjudgements, we should be careful not to assume we’ve interpreted every word correctly, especially if we are imposing our positions on others who may not believe as we do.
• All men would be better to be celibate just as he was; NOT to marry at all ~ not to even touch a woman.
• Women are to keep their heads covered because head of every man is Christ, and the head of every woman is man.
• Women are to keep silent in the church as was according to the old law
• How to effectively speak in “tongues”
• He asserts that some of the recipients of this particular letter “would not sleep” (die) before the 2nd coming of Christ
• AND (This one’s important) It is NOT his (or our) job to judge those who are ‘outside’ the fold, ( I Cor. 4:5, 5:10 & 12)
• AND, while all things may not be beneficial or prudent ~ (all things) are lawful under God’s grace. This was apparently important enough for him to mention it twice just in this one letter (I Cor. 6:12 & 10:23)

So, how much of what Paul writes regarding homosexuality is meant to relate to today? How much is like other biblical teachings (those that promote slavery & subjugation of women for example); remnants of biblical-era culture rather than timeless precepts, that we should now reject as incompatible with the more important bible teachings about God’s love and mercy for all people?

How much of it is GOD’s Word, and how much is Paul in all his own humanity (let’s not overlook that Paul was imprisoned in a Roman prison multiple times). Did those experiences come to bear at all on his exhortations to the early churches? I could not find the same exhortations about homosexuality included with other sins in any other disciple’s writings…

When I re-read I Corinthians, I came away knowing that (for me), it is not my place to judge the behaviors of others, especially those who are not of my faith.

So, we all have to discern God’s plan for us according to our own understanding. We all have to interpret scripture and decide which portions of scripture are God’s eternally inerrant, unchanging exhortations, and which portions are there to provide historical context and continuity; ancient social mores, customs and traditions. You see, if we as Christians did’nt do that on a regular basis, we would all be living lives that more closely resemble an ancient citizen of Ephesus, or even a modern-day resident of Baghdad or Syria, then that of a modern-day Christian.

It has been with a great deal of prayer, study, self examination and dialogue with trusted friends and colleagues that I resolve to do what I do.

I have a personal moral compulsion to help further the civil rights of a segment of society that I believe are being ill served. I’m guessing that if I had been born a generation earlier, I’d be one of the many Christians that defied the established churches of the deep south and stood up in defense of inter-racial marriage. But, today I am standing up in defense of the rights of anyone (interfaith, inter-racial, non-religious, same gender) ~ ANYONE who wishes to enjoy the benefits and assume the responsibilities of marriage. In this day and age, many folks have no interest in the institute of marriage. They may commit to deep, long term, monogamous relationships without marriage. They may even raise families together without committing to marriage. So, when couples do wish to be married, I don’t believe it’s in society’s best interest to make it difficult.

I’m not advocating that any church or religious organization should have to compromise the fundamental tenets of their church to perform wedding ceremonies for couple’s that don’t adhere to their doctrine. I do believe it’s my job to do what I’m doing.

Do I know for a certainty that I am right ~ No, I walk by faith, not by sight….just like everyone else.

But, I thought I’d try and give you all a little insight into my journey…because I do love and respect you.

So, to those folks that I’ve known, loved and respected, some for as many as 45yrs., some of whom have recently expressed some ‘curiosity’ about exactly “what am I doing?” (I was asked this exact question by an acquaintance that I ran into a few weeks ago. She literally looked at me and said “I saw a post about you on Facebook… ‘what are you doing’ !?!?!?”):

I realize my spiritual journey may be different than yours, and … I’m okay with that!

I hope that helps clear up any questions you may have had about me…… GOD Bless!

©2022 Chaplain Mary
Chaplain Mary is proud to be part of the Vows From The Heart Ministries Family!™
All Rights Reserved

All photos/images/logos on this website are property of Vows From The Heart OR used with permission.

"...it felt like we had known her forever. She exudes warmth and happiness and has a smile that immediately disarms you. The ceremony was absolutely beautiful. Her words were warm and genuine and extremely relevant!" - Public reviews found on WeddingWire, TheKnot & Yelp!

Honoring the wedding traditions of the past while moving forward with Pride! 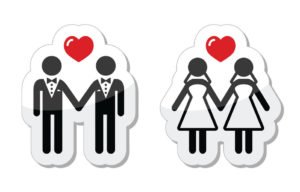